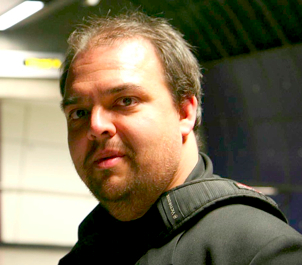 I first came across Vinay Gupta through his article on the State of the Art in Appropriate Technology (2007), where he states bluntly that

“The reason that the developing world is not using these technologies is because almost none of them actually work in practice in field conditions well enough to spread like the cell phone did. The model here isn’t sifting through piles, it’s picking three or four things, making sure they’re well tested and accredited, and then getting them **finished** – polished, tested, refined and then rolled out. Nearly nothing **actually** makes the grade – we’re looking at things which are *close* and hoping for future refinements.”

I was looking for information on taxonomies, about which he had this to say:

“I do not believe that anybody alive understands the actual network of interconnections well enough to produce a useful taxonomy of appropriate technology solutions at this point – for example, the Sustainable Settlements Charrette neither produced nor used such a taxonomy. RMI doesn’t regularly use a taxonomy for infrastructure that I’m aware of.

“Taxonomies are incredibly difficult and require profound thinking on the fundamental questions, and that thinking has not been done yet. It’s the work of years.”

This led me to accept that the best taxonomy, at least for now, is whatever works for the problem at hand. There’s never going to be a complete list of appropriate solutions, or even a complete classification of them; but simply putting them into lists of categories helps to identify what’s relevant and what’s missing.

More broadly, however, I started to get drawn into Vinay’s world, which is frequently mind-blowing. To begin with, most of his writings are collected under the heading of “The Bucky-Gandhi Design Institution: Free science and engineering in the global public interest,” and posted at http://vinay.howtolivewiki.com/blog/. Here’s how he defines the big picture:

If you’re just getting oriented to The Big Problem, here are four basic facts and some useful resources.

There’s an enormous body of work here, which you might call “open-source thinking,” and which has me thinking about an open-source approach to building the alternative economy. More on this to come. In the mean time, here are some of the more specifically relevant of Gupta’s pieces:

I went to the same school as Julian Assange, but we learned different lessons (Dec 2011)

Monetizing the ecosystem services of a forest (May 2009)

This site uses Akismet to reduce spam. Learn how your comment data is processed.

RSS feed for this post (comments) · TrackBack URI
Previous Post
« Solar “Business in a Box” for Africa
Appropriate Solutions ©2011 The Center for Leadership in Sustainability [discontinued]
Except where otherwise noted, this work is licensed under a Creative Commons Attribution-NonCommercial 3.0 Unported License.
All proprietary material is copyright by its creator(s) and may only be used with their permission.
Bombax Theme designed by itx